THE new chairman of the David Shepherd Cricket Trust is looking forward to seeing the first batch of grant applications from clubs in Devon. 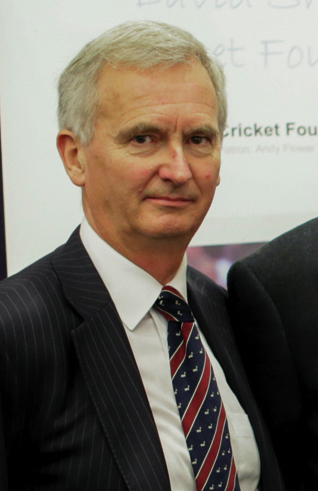 Guy Curry, a solicitor from Exeter, has just taken over the reigns from founder chairman Mark Ansell.

Ansell stood down at the Trust annual meeting after seven years in the job, during which nearly £100,000 has been paid out in grants.

Ansell’s expertise won’t be lost to the charity as he is staying on as a trustee.

The David Shepherd Cricket Trust supports youth coaching at all levels in the county, from elite programmes such as the Lions to winter coaching grants of a few hundred pounds to clubs.

Curry, who has signed up for a fixed term of three years, said he we wants more clubs to apply or grants to help keep grass roots cricket flourishing.

“Perhaps people think we are for the elite because we gave a grant to the Devon Development tour to South Africa in February, but that grant enabled two or three lads to go who otherwise couldn’t have for financial reasons,” said Curry. 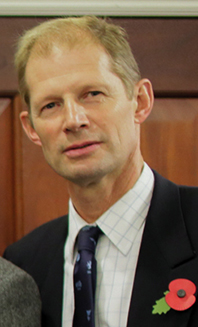 “I want clubs in Devon to take ownership of the David Shepherd Cricket Trust and involve us in supporting their work with young players.

“We are there to help with winter coaching and to give help when Chance to Shine starts scaling down in the second year when the money drops by 50 per cent.

“Some clubs have woken up to what we do and come back for top-up grants and we are happy to work with them.

“All we ask is the club provides new members for the Trust. Membership subscriptions are crucial to what we do.”

Over the past year the Trust paid out around £18,000 in grants supporting everything from women’s and girls’ coaching to coach education.

Among this year’ awards are one to help fund a Sophie Whitlock as the new community coach for East Devon. Chance to Shine, the ECB and a private donor are all contributing.

Guy Curry is a man with cricket in his blood going back to grandfather Jack Holmes, who played more than 200 First Class games for Sussex between 1922-1939.

He caught the cricket bug as an eight-year-old schoolboy and he has never shaken it off.

“When I first became a cricket enthusiast I supported Surrey, but because my grandfather had been captain of Sussex I was very keen on them too,” he said.

“Peter, my father, was a sportsman too, in his case running. He was AAA national champion in 1948 and ran in the 3000 metres steeplechase at the London Olympics that year.”

Guy’s own sporting career has been relatively modest in comparison, although he played club cricket in an around London before moving to Devon around 20 years ago.

He has been an MCC committeeman for 16 years and, in his own words, is a ‘keen follower of Sidmouth during the season’.