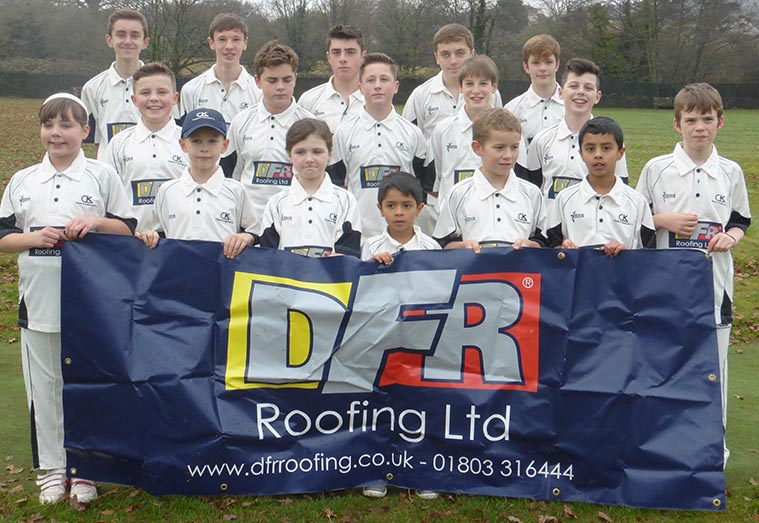 Youngsters from Chelston and Kingskerswell, whose coaching in 2017 will be aided by a grant from the David Shepherd Cricket Trust

BOVEY Tracey and Chelston and Kingskerswell CCs are among the club’s set to benefit from the latest round of David Shepherd Cricket Trust grants.

The Trust, set up in memory of former Test match umpire and Devon cricketer David Shepherd, has around £20,000 a year to invest in youth coaching at clubs.

Bovey Tracey, which has 11 age-group teams for boys and girls, has asked for a £300 grant towards the cost of winter coaching.

With more than 125 youngsters registered to play, Bovey have plenty of coaching to get on with.

The Trust clearly likes the work being done at Bovey as this is the second grant they have made to the club this year. 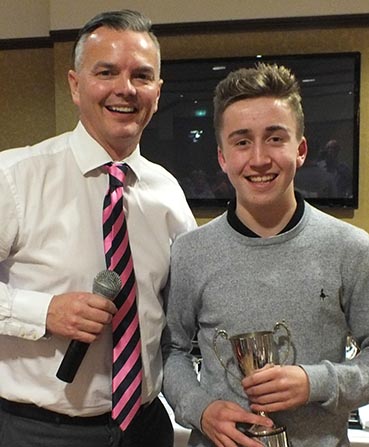 Bovey Tracey’s Chris Yabsley, receiving a club award from Jeremy Christophers, He is one of the young players at Bovey to benefit from DSCT-supported coaching

A previous grant was used to bring in former Somerset fast bowler Alfie Thomas to do one-on-one coaching with the club’s young quick bowlers.

Chelston & Kingskerswell have been given a grant of nearly £700 to spend on developing their youth section – the existing under-15 side a new under-10s’ team.

Youth cricket at Kingskerswell very nearly folded last season due to lack of coaching support, so help from the Trust is being channeled where it is needed.

The club has done it’s own fund raising to buy training equipment for batting and fielding practice.

The grant from the Trust will ensure C&K are able to run the coaching programme it has in mind during the summer.

“We plan to run a coaching session every week in the summer for both age groups,” said youth chairman Pat Duke.

“We have found an approved coach and have the volunteers in place to manage both teams and assist the coach.

“Last season our colts section almost folded due to poor organisation and a lack of adequate facilities and equipment.

“The grant from the David Shepherd Cricket Trust will make an immense difference to all our young cricketers.”

Grants totalling nearly £4,000 have been approved to clubs and organisations such as the Devon Women’s Cricket Association in the last round of applications.

Among the smaller grants is one of £100 to Ipplepen’s David Alsop to help with the cost of completing the ECB level two coaching course.

Alsop will be putting his new qualification to good use from January onwards when Ipplepen’s youngsters start indoor nets.

All grants are subject to the applicants securing new members for the Trust, or joining it themselves.

“Our desire is to ensure the long-term sustainability of the Trust and growing our membership number is a key element in that objective,” said Trust secretary Richard Wyatt-Haines.

To find out how to apply for a Trust grant visit their website www.dsct111.org.uk. For membership details click the drop-down menu ‘joining and donating’.