AS play gets under way in the 2017 cricket season, new chairman Guy Curry looks back over the last year to see how the David Shepherd Cricket Trust has helped to support the great game of cricket in Devon.

The Trust aims to provide grants totalling about £20,000 per year, a challenge that requires serious fund-raising and the seeking of appropriate recipients of grants. 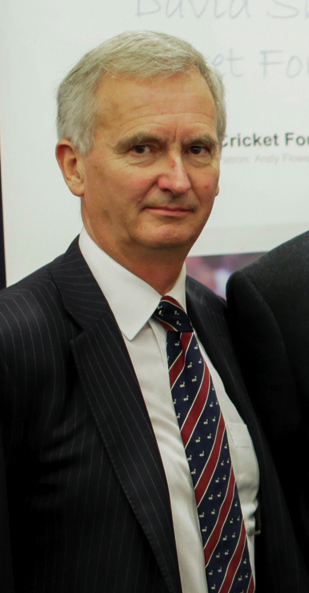 The trustees believe the more members the Trust has the better for the cricket community in Devon. This is why the Trust asks those applying for a grant to provide new members as a condition of acceptance.

New this particular year was the Trust initiative to provide youth sections with new helmets that meet the ECB safety standards.

Our helmet offer provided three new helmets and six youth cricket balls for £50. Thirty-three sets were provided. The Trust has repeated the offer again so, by the time you read this 66 sets of helmets and balls will have been provided for the benefit of youth sections in Devon.

As of April 1, 54 sets have been handed over to club youth sections around Devon. The remaining dozen sets lie in waiting.

Big grants were made to help the Devon Lions and the Devon Women Cricket Association and to support the Devon Under-15 development tour to South Africa in February.

The Trust has always considered it important to support the education of cricket coaches and officials and that has continued this year.

Sadly the Trust is losing its chairman and secretary. Mark Ansell as chairman skilfully and tactfully guided the Trust through the merger some three years ago and has devoted his time and effort to promoting the Trust to the position of influence in Devon cricket it holds today.

Richard Wyatt-Haines, as secretary, has worked tirelessly dealing with the applications and administration of the Trust and the vital role of maintaining the publicity and media needs of the Trust so that its work is properly recognised in the County.

The Trust owes them a considerable debt. Both have agreed to stay on as trustees, which will assuage in part the loss of their services as chairman and secretary.

As yet no person has been appointed to fill the vital post of secretary. Applications would be most welcome.

Sadly the death of Geoff Evans deprived the Trust one of its keenest supporters as well as the huge benefit of Geoff’s wisdom and knowledge of Devon cricket. This loss will be filled, at least in part, by Geoff’s son Greg agreeing to become a trustee.

Trustees are delighted Rosalie Fairbairn has also agreed to join them, bringing wider knowledge of the game in Devon in particular in the growing involvement of women in our great sport.