THE David Shepherd Cricket Trust cricket charity has a new secretary following the appointment of Kat Hampton to the role.

Kat, who is 29 and lives in Tiverton, has taken over as secretary from Richard Wyatt-Haines.

Kat, who obtained a degree in illustration after studying in Cheltenham, has been facilities manager at Heathcoat CC for more than three years.

She was a complete newcomer to cricket when she took on the full-time job at Knightshayes, but is now an enthusiast for the sport.

And she hopes to put the skills honed during her time at Heathcoat to good use for the DSCT.

“It is fair to say I didn’t have a clue about cricket when I first started work at Heathcoat, but not now,” said Kat.

“As well as having a keen interest in the game, I have started playing as well.

“Working for Heathcoat has taught me how cricket clubs work and how important it is to have a youth set-up. 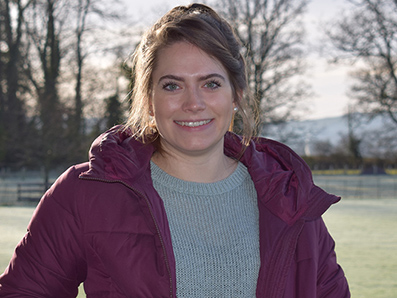 “You should see it on a Friday night when we have around 200 kids taking part in practice.

“The David Shepherd Cricket Trust is about encouraging youth cricketers of all abilities and I hope the skills I have developed at Heathcoat will come in useful.”

The Trust has paid out up to £20,000 a year in grants in the past, money that has to be raised in a variety of way.

Membership subscriptions bring in thousands of pounds annually, but not enough to fund all the charity’s work. That’s where Kat hopes her transferable skills will come in handy.

“I have really enjoyed the fund-raising and event-organising side of my role at Heathcoat, as well as the day-to-day running of the club, said Kat.

“I hope my experience at Heathcoat will help all the worthwhile work the David Shepherd Cricket Trust does developing junior cricket.”

Also on Kat’s cricket CV is a stint on the tour management with the Devon Development Squad trip to South Africa in February 2017. 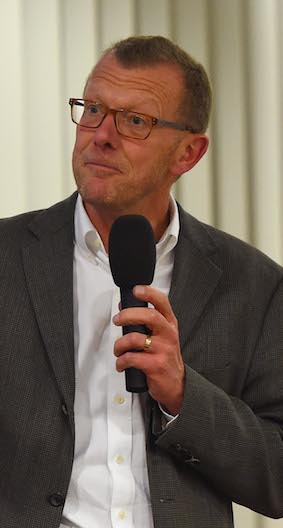 Richard Wyatt-Haines, who has stood down as secretary of the David Shepherd Cricket Trust

Wyatt-Haines was the formation secretary of the cricket charity in 2013 when two previous organisations merged.

His connection with fund-raising for youth cricket in Devon dates back to June2010 one of the previous youth charities was set up with encouragement from Devon youth coach Alan Swift.

Although he is standing down as secretary, Wyatt-Haines remains as a trustee of the charity.

Wyatt-Haines said what the Trust has achieved in a relatively short time has been remarkable.

“Over the last eight years, the trust has gone from being an idea in Alan Swift’s head to a charity with a long-term future, over 700 members, money in the bank to invest in cricket in Devon and a history of making investments in cricket right across the county that has benefited hundreds of children.

“It is a great success story and I look forward to seeing it continuing to grow and helping more young people enjoy the great game of cricket.”

Wyatt-Haines added: “I am delighted Kat has taken on the role of secretary and it’s clear already that she will bring new ideas and thinking to the Trust.”

Kat was educated at Tiverton High School, keeps busy on the netball court during the winter, playing wing-defence for Exeter & District League side Tiverton Terriers.

She enjoys watching films, listening to a wide selection of music and would like to visit New Zealand again.