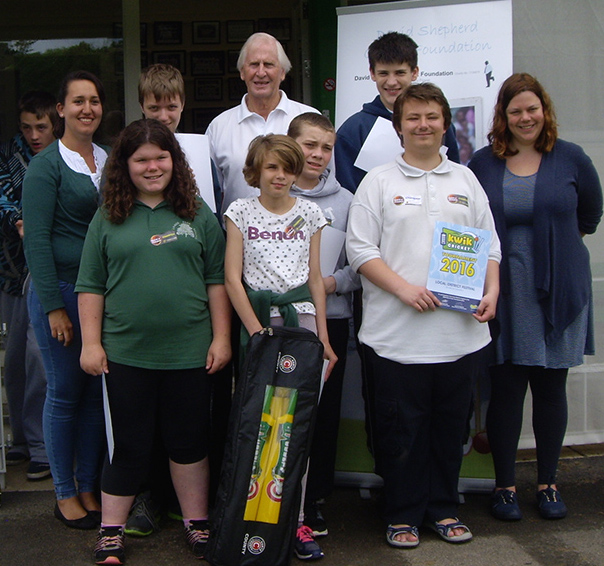 One of the competing teams at the Special Schools Festival

The festival, now in its fourth year, is open to special schools from south and east Devon.

Cricket activators and players from Newton Abbot College help Devon Cricket Board and school staff run the festival, which is supported by a £400 grant from the David Shepherd Cricket Trust.

The festival has grown year upon year with the number of teams participating rising.

The tournament was split in two with five teams competing for the Charles Hackett Trophy and three schools enjoying small-sided games and cricket-related activities.

Barley Lane and Combe Pafford had a close encounter won by the former by just two runs.

This was the catalyst for Barley Lane to win their remaining games and lift the Charles Hackett Trophy for the second year in a row.

Matt Cooke, one of the DCB staff involved in the festival, was impressed by what he saw.

The festival would not happen without lots of hard work behind the scenes.

Cooke said some pats on the back were a must, starting with Fran Fox of Ratcliffe School as festival co-ordinator.

Cooke said thanks also had to go to Bovey Tracey and the cricket activators, who umpired and scored all the games made sure everything ran smoothly.

He added: “A final thank you to Chance to Shine and the David Shepherd Cricket Trust who supported the day with funding, kit, and medals.

“Without their support the day simply wouldn’t happen.”