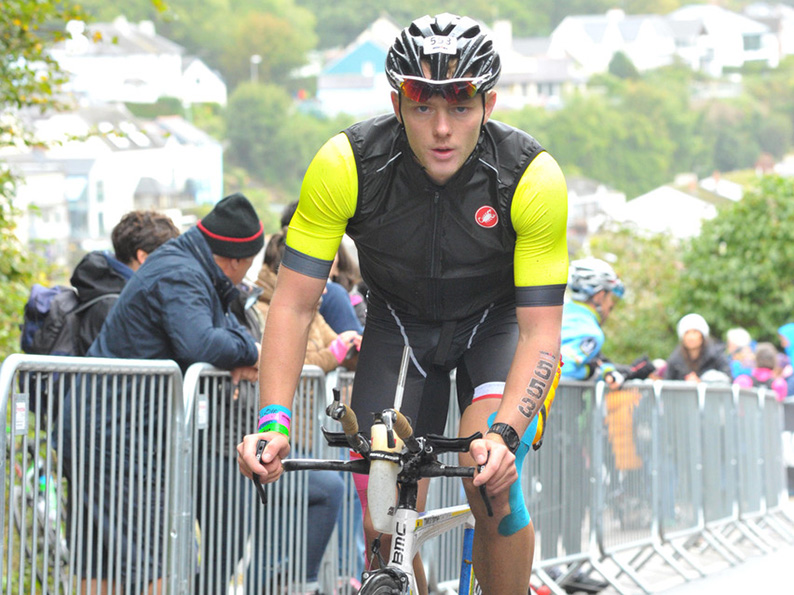 Sam Wyatt-Haines in the saddle

FUND-raising is building up nicely for Sam Wyatt-Haines’ two-day cycle marathon on behalf of the David Shepherd Cricket Trust.

The 21-year-old former Somerset Academy scholar, now a law student at the University of Exeter, will be cycling backwards and forwards from Exeter to Heathcoat again and again next weekend.

Sam will set out from Exeter CC at six in the morning on both days for Heathcoat CC near Tiverton and will repeat the loop for the next 12 hours.

On both days of the ride there will be a social lap leaving Heathcoat around noon and heading back to Exeter via a stop for tea and cake.

Donations and sponsorships are being collected via the virgin money giving website http://uk.virginmoneygiving.com/team/SammysDSCT24HourCycle

So far more than £1,000 has been pledged, but there is plenty of time to get a donation in.

Donors who pledge a fiver or more can enter a competition to win two tickets for a Somerset T20 match at Taunton this summer. The poser is how many miles will Sam cycle over the two days? Entries can be made in the donations comments box.

“We already raised a fantastic amount and I hope we can raise some more as it is for such a good cause,” said Sam.

Money raised by the ride will help the David Shepherd Cricket Trust fund its work promoting and encouraging youth cricket in Devon.

Sam, an all-round sportsman who has played rugby for Topsham and taken part in the gruelling Ironman triathlon events, is preparing hard for the ride.

“Training has been going really well and I have been trying to average about 300km a week of riding,” said Sam.

“It is an incredibly exciting challenge as it will be one of the longest rides I have ever done.

“The thought of good cakes and hopefully plenty of riders to join me on the weekend will be the most important thing in helping me to get around.

“Members of the university triathlon club will join in and also a couple people from the Exeter Wheelers Cycling Club.”

Charity trustees Mark Ansell (his wife Sarah) and Richard Wyatt-Haines, Sam’s dad, are also joining the ride for a lap or two.