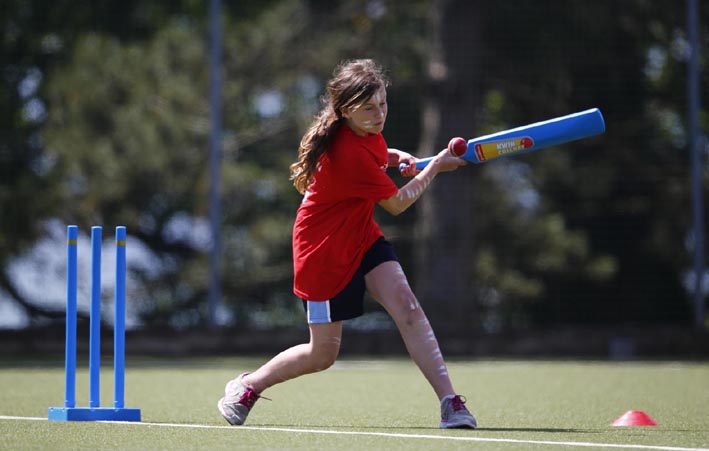 THE David Shepherd Cricket Trust is supporting this year’s Devon Youth Games in Paignton with a grant of £500.
The Trust is putting its money into the Kwik cricket competition for girls and boys in school years five and six, who are the next generation of under-11 players. 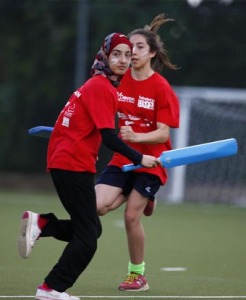 “Many of these young people will be new or fairly new to cricket and will be training within local clubs, so bridging that school to club gap,” said Trust chairman Mark Ansell.
The Devon Youth Games, now is in its 15th year, sees more than 1,000 children taking part in 21 sports competitions on the same day.
Sports include open Water triathlon, badminton, athletics, tag rugby, girls’ football, table-tennis, mixed cricket, gymnastics, street sports, boccia, hockey, netball, High 5 netball and girls’ rugby.
The Games were threatened by funding cuts, but a multi-agency approach has saved them and ensured their future too.
“This year the Games has been transformed,” said Kirsty Parker-Calland, one of the organisers working at Torbay Council.
“There is a new look and a new way of delivering the event, all funded by local businesses and partners.
“We have doubled the numbers of participants and will be celebrating the success of sport in Devon.” 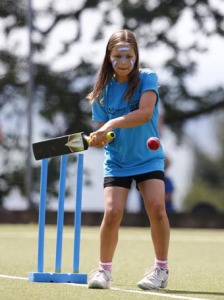 Torbay Council has teamed up with neighbouring Teignbridge District Council to stage the event on Sunday, July 12.
Venues are Paignton Community & Sports Academy, Torbay Velopark, Clennon Valley Sports Fields and Parkfield.
The games become the South West Peninsula Games in 2016, with teams from other counties being invited to join in a unique community sport celebration.
The David Shepherd Cricket Trust is keen to support youth cricket and coaching at all age groups and levels of ability.
Fund-raising events are held throughout the year to support the work of the Trust.
Membership of the Trust is open to clubs and individuals.
To join, or to find out more about the Trust and its work, visit www.dsct111.org.uk