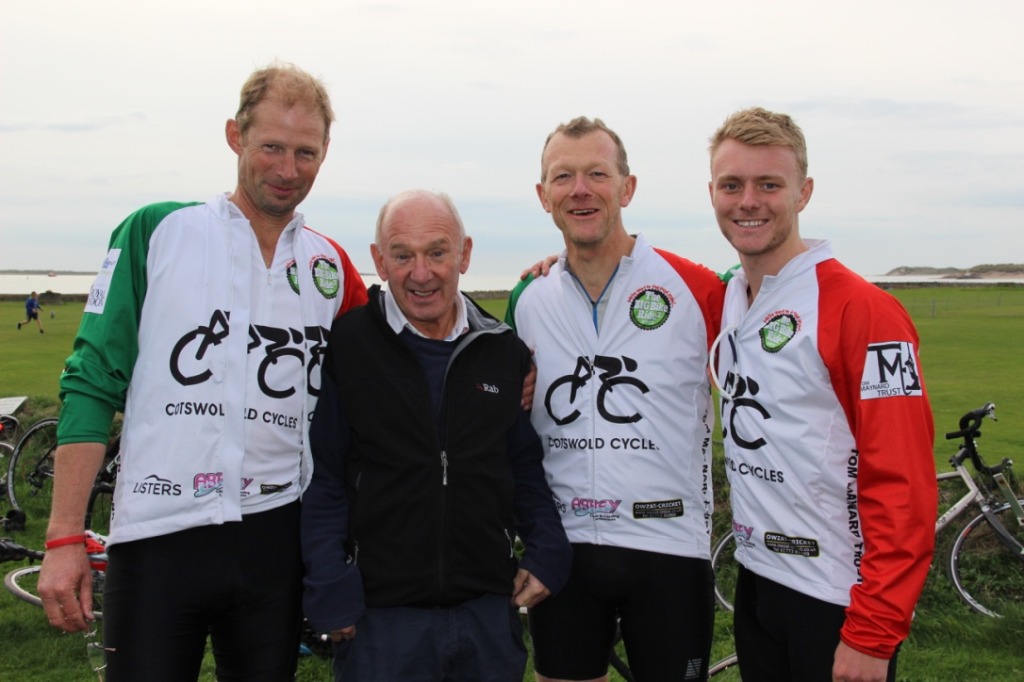 PEDAL power has raised around £1,000 for the work of the David Shepherd Cricket Trust.

Trust chairman Mark Ansell, along with secretary Richard Wyatt-Haines and his son Sam, took part in the first leg of the Big Bike Ride 2 from Truro to North Devon CC at Instow.

Big Bike Ride 2 is a fund-raiser for the Professional Cricketers’ Association benevolent fund and the Tom Maynard Foundation.

The ride is a five-leg relay from Truro to the Kia Oval, home of Surrey CCC, via Taunton, Southampton and Hove, homes of Somerset, Hampshire and Sussex respectively. 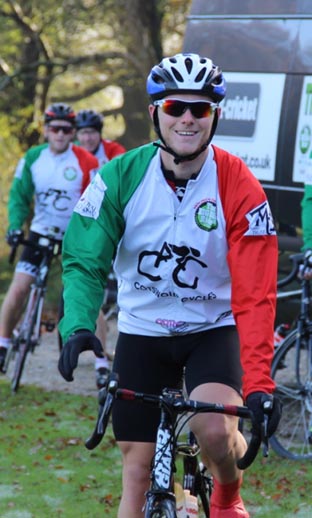 The DSCT teamed up with North Devon CC to organise a gala dinner during the Instow stopover to top-up everyone’s coffers.

Nearly 200 guests sat down to dinner in marquee on the ground, each sharing a table with one of the professional cricketers taking part in the ride.

“There was a higher and ‘lower competition’, question-and-answer sessions with Gareth Batty, Geraint Jones, Darren Gough and Robert Key, and an auction,” said Richard Wyatt-Haines.

“By 11pm around £6,000 had been raised to be split equally between the charities – PCA Benevolent Fund, Maynard Trust, DSCT and NDCC – and some very tired riders departed either for the journey home or to prepare themselves for the next day’s ride.”

Anyone who could not get to the dinner can still make a donation by visiting the Trust website’s donation page  www.dsct111.org.uk/joining-donating/make-a-donation/

Father and son, along with Ansell, had set off from Truro at 7.20am on a 29-mile ride to Lanhydrock CC.

“There were some reasonable climbs, not too bad, and a great break at the club with youngsters from a local primary school getting autographs from the players,” said Wyatt-Haines. 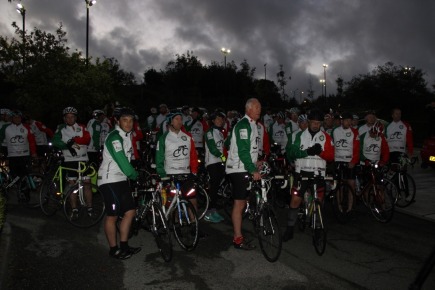 Ready to roll! Riders on the start line at Truro

Ansell said the first section was just limbering up for the grueling ride to come.

“The toughest section and biggest climb of 1000ft-plus was from Lanhydrock to the top of Bodmin Moor, where we had magnificent views of the tors and out to sea.,” said Ansell

“Then it was down off the moor and what seemed an endless slog up to Holsworthy CC for a great spread there.

“Lanhydrock and Holsworthy must be recognised for the welcome they offered and the food they provided.

“They were dealing with easily 100 people, including all the support group and they fed us royally. Every rider bar none appreciated the provisions.”

The last 25 miles to Instow provided more challenges for the now tiring riders.

“More steep hills, but the final 10 miles along the Tarka Trail were a glorious respite to finish,” said Richard.

“We arrived at Instow in eight hours having covered 91.8 miles and an average of 11 miles per hour and having more than 6,000 feet during the day.

“A scrumptious tea was provided by North Devon CC, which saw us through to dinner in the marquee in the evening.”