DAVID Shepherd Cricket Trust patron Heather Knight has been named as captain of the England women’s cricket team across all three formats of the game.

The England and Wales Cricket Board made the announcement this morning (Friday, June 3) that Knight is the replacement for Charlotte Edwards, who announced her retirement last week.

Knight’s first assignment will be against Pakistan later this month in the three-match Royal London One-Day International and three-match NatWest Twenty20 International series, with the action getting underway at the Fischer County Ground, Grace Road, Leicester on Monday, June 20. 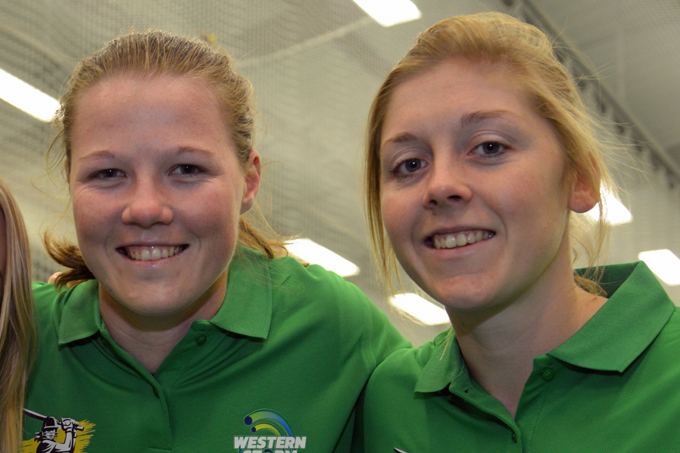 Knight – born in Lancashire – started her cricket career with Plymstock, playing in the men’s 1st XI as a teenager, then graduating to the Devon county side.

Her studies took her away from Devon – she plays for Berkshire now – and skippers that county in the Royal London Women’s One-Day County Championship.

This summer she will combine England duties with taking charge of the Western Storm in the new Kia Super League.

She has played for England nearly 100 times in all formats of the game and was the player of the series in the 2013 Ashes tournament against Australia.

Knight has never lost her Devon ties though. She is a patron of the David Shepherd Cricket Trust, a charity that fosters the development of youth cricket at all levels.

She dropped in on the Devon Youth Cricket Awards evening in Exeter in 2012 to hand out the prizes and talk about her international career.

And only a couple of weeks ago Knight dropped into the Plymstock clubhouse on a Saturday afternoon to catch up with old team-mates.

Knight takes over at a time of change for England as Edwards and the vastly experienced Lydia Greenway have both retired from the international scene in the past few days.

She said: “I am hugely proud and honoured to be named England captain and can’t wait to face the challenges ahead.

“It’s a fresh, exciting time for the team and I’m looking forward to seeing how we can develop together at the start of this new era for England women’s cricket.

“All our focus is now on what we have to come, starting with the Pakistan series this summer.

“It will be no easy task to follow the remarkable success and impact Charlotte Edwards enjoyed at the helm of the England team over the last ten years – she has been a wonderful servant to the game, an inspirational leader and truly world class player.

“She is a true cricketing legend and it has been a privilege to share a dressing room with her for the first six years of my England career.

“But I am excited by the challenge and will look to utilise the incredible platform that Lottie has laid to ensure that the England women’s team continues to grow and develop.”

Mark Robinson, the squad’s head coach, said Knight was the right person at the right time for the post.

“Heather embodies many of the traits needed to be a successful captain – a superb work ethic, integrity and commitment, along with good instincts and cricket intelligence,” he said

“These assets combined with her undoubted ability as a player make her an excellent role model, both for the team and young aspiring cricketers everywhere.

“I am looking forward to working with her as we rebuild and move the team forwards together.”