BABBACOMBE were the first club to win a £600 grant from the David Shepherd Cricket Trust in this year’s membership competition.

The Trust, which supports youth cricket at all levels in Devon with donations towards coaching and game development, ran the competition for the first time last year.

A prize fund of £6,000 was earmarked for the first 10 clubs to submit 10 new, individual applications for membership.

The Trust hopes new members will sign enduring standing order mandates with their banks and support the charity long term.

Last year’s competition was so successful it is being repeated with another prize pot of £6,000 to be shared between the first 10 clubs to get their applications in. 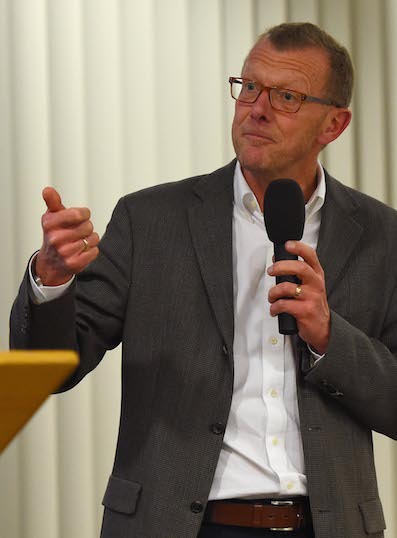 Babbacombe were the first club to collect a £600 prize. Paignton and Kingsbridge were not far behind and will receive their awards in a few days.

The Trust still has £4,200 available to pay out in prize money to clubs who recruit 10 new members.

Richard Wyatt-Haines, the Trust secretary, said an important element of the competition was getting individuals to fill out membership forms.

The Trust can claim Gift Aid from the Government for individual memberships, which last year topped up the charity coffers by more than £2,900.

“Without names and addresses we are unable to claim Gift Aid from the Government,” said Wyatt-Haines.

“The more individuals we have the more Gift Aid we can claim, which is then ploughed back into our great game.”

The Trust is also keen for new members to renew automatically every year, rather than allowing their membership to lapse after 12 months.

“We would like new members to submit the standing order element of our application form,” said Wyatt-Haines.

“That way we are able to support youth cricket in Devon on an on-going basis.”

See our membership and donating pages for ways you can support the work of the David Shepherd Cricket Trust.