THURSDAY night is training night for Paignton CC’s young cricketers thanks to a grant of £600 from the David Shepherd Cricket Trust.
The Trust, set up in memory of former Test match umpire David Shepherd, made £6,000 available in grants this winter for clubs to spend on youth training.
Paignton have put their grant to work by booking indoor nets at Paignton Community and Sports Academy through to early April.
Youth cricket at Paignton has thrived for more than 40 years, dating back to the time when the late Trevor Ward started encouraging youngsters to play the game. 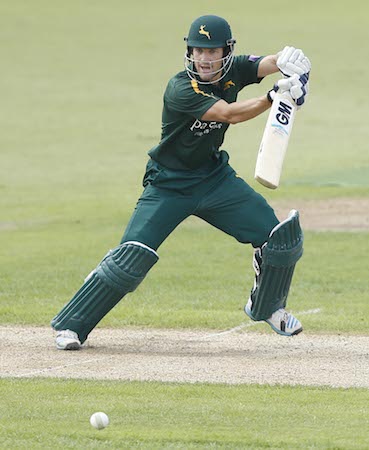 Trust patron Chris Read, the former England wicketkeeper and captain of Nottinghamshire, started his cricket career at Paignton.
Paignton remains one of the bastions of the youth game, nurturing teams for girls and boys playing the softball and hardball games across every age group from under-nine to under-15.
Numbers are rising all the time, which makes winter training so important.
Tony Medlock, Paignton’s colts manager, said the grant from the Trust has helped the club achieve its winter aims.
“We have worked hard on increasing the number of youngsters at the club from age five or six through to under-15 over the last few seasons,” said Medlock.
“Because of the numbers we have split our colts training into three groups.
“We run sessions for under-12s, under13s to under-15s and then a separate program for our girls.
“Much of the emphasis for the younger age group is taking softball players through to hardball cricket.
“We run a similar program for our girls, again with the aim of moving girls from softball to hardball as well as developing those girls who are already accomplished players.
“The older boys we are able to work more on technical skills in the nets.
“The David Shepherd Trust money has allowed us to subsidise the cost of the nets.
“We are very lucky all our coaches are volunteers and give their time for free.”
Membership of the David Shepherd Cricket Trust is open to clubs and individuals.
Their membership fees and participation in fund-raising events helped the Trust dish out around £37,000 in support grants last year.
For more details on the work of the Trust, and how to join, visit www.dsct111.org.uk