CAN the young cricketers from Barley Lane School in Exeter retain the Charles Hackett Trophy for the third year running?

The answer will be revealed on Friday, June 16 at the annual Schools’ Disability Cricket Festival being hosted by Bovey Tracey CC and supported by the David Shepherd Cricket Trust.

The festival started four years ago with six teams – and has grown in size ever since. 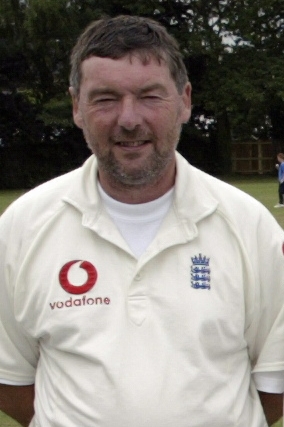 The late Charles Hackett, who is remembered by the festival

For the 2017 edition there are five definite entries from special schools for the Hackett Trophy, plus two to be confirmed, as well as four sending teams for the friendly games.

Barley Lane, last year’s runners-up Combe Pafford, Millwater, Newton Abbot College, and Ratcliffe School all competing against one another to get their hands on the Hackett Trophy.

Qualified coaches supplied by the Devon Cricket Board will be helping to run the friendly festival.

Young leaders from Newton Abbot College will be umpiring and scoring the Hackett Trophy matches.

The David Shepherd Cricket Trust has been a long-term supporter of the festival with a grant.

Trustees have agreed a £600 grant this year to cover the cost of medals for competitors and Kwik Cricket kit bags to be taken back to school after the festival.

“We want everyone to keep playing, which is why we give each school a kit bag at the end of the festival,” said Matt Cooke, who runs the event on behalf of the Devon Cricket Board.

“Watching how the teams improve year on year when they come back, it is clear the kit bags get plenty of use at the schools for practice sessions.”

The Charles Hackett Trophy remembers a former headmaster of Ratcliffe School in Dawlish.

Charles Hackett was a keen cricketer who died in 2013. He played for South Devon CC in Newton Abbot, where he captained the 1st and 2nd XIs during his time at the club.